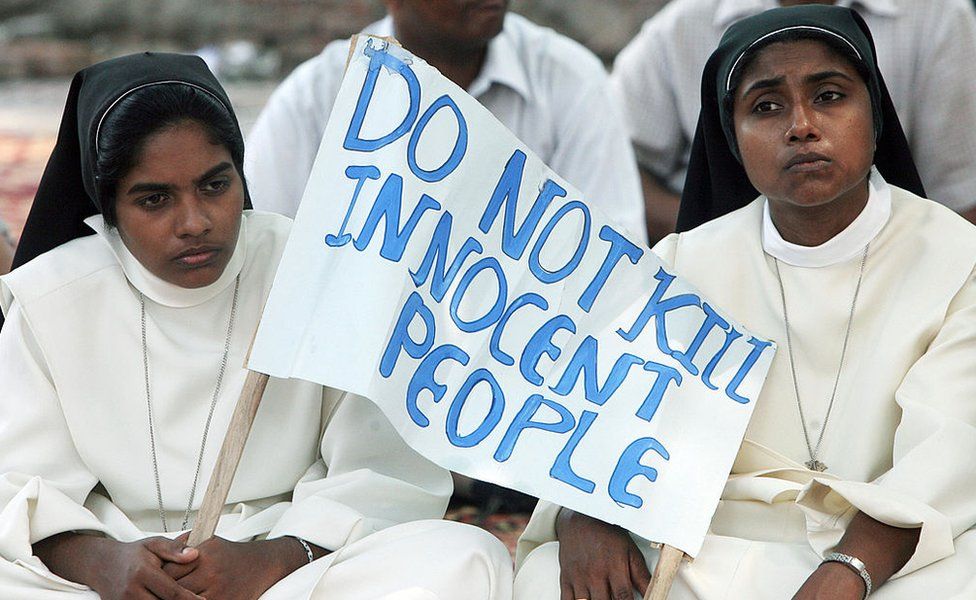 One Sunday in October, Pastor Somu Avaradhi got a shock when he entered his church in Hubballi city in the southern Indian state of Karnataka.

“There were people sitting inside, singing Hindu religious songs and shouting slogans,” he told the BBC.

He says he called the police, but when they arrived, the protesters accused him of abusing and forcing a Hindu man to convert to Christianity. The pastor was arrested – under charges of “outraging the religious feelings of any class” – and spent 12 days in prison before he was released on bail.

This isn’t an isolated incident – a report by the Evangelical Fellowship of India (EFI) listed 39 cases of threats or violence against Christians from January to November this year in Karnataka.

These include alleged attacks on pastors by members of right-wing Hindu groups, and even instances where they reportedly physically prevented them from holding religious services. Christians are a tiny minority in overwhelmingly Hindu India.