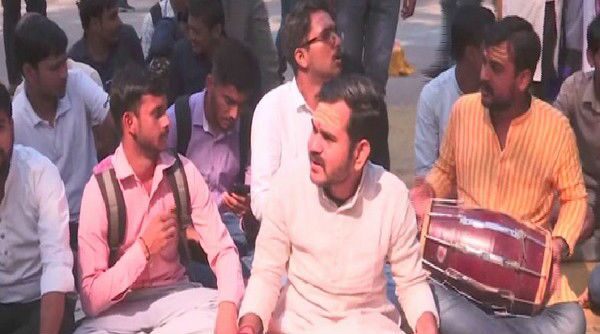 After the appointment of Firoz Khan as a professor of Sanskrit at Benaras Hindu University, a group of around twenty students, allegedly having past links to the ABVP and RSS, protested against the same by claiming that a Muslim professor couldn’t teach them Sanskrit because he wasn’t connected to their culture or religion.

Khan, who has a doctorate in Sanskrit as well as qualified the NET-JRF, went onto say that all his life, he has learned Sanskrit with zeal and nobody had ever made him feel out of place because of his religion. He added that while he was hurt by the protest, he will try to undo the feelings in the students by his teaching, if given a chance.

This recent peculiar outburst, while one of its kind in educational institutions, can’t be considered a sporadic one taking into account the over zealous emphasis on religion and protectionism of culture placed by the leaders in power. The trend of reconnecting to a glorious past, through the hazy dots of theological doctrines than through historical objectivity has led to the rise of fanaticism even amongst educated youth in elite universities as BHU.

While it goes without saying how irrelevant and absurd the nature of the protest is, the phenomena is sadly a reflection of the internalised feelings of young citizens of this country who now see every social event through the tined lenses of religion, rather than progressive mutualism and harmony.