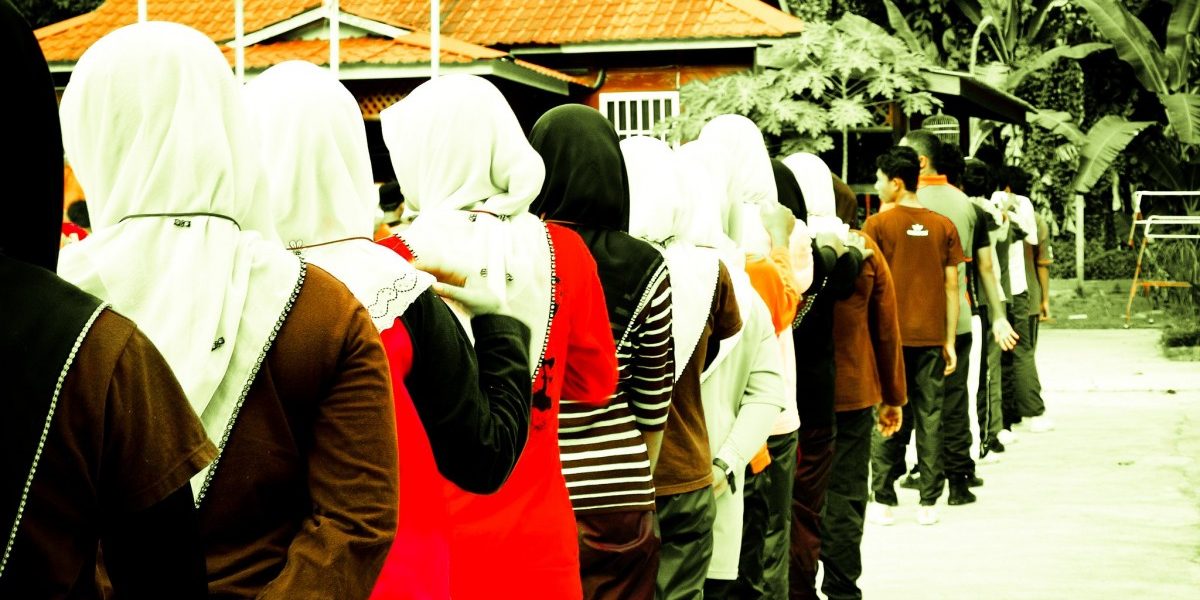 New Delhi: Six Muslim students were barred from attending classes on account of their wearing hijabs at a pre-university (PU) college for women in Karnataka’s Udupi district, Hindustan Times reported.

Apart from the dress-code issue, the students and their parents also claimed that they were not allowed to talk in Urdu, Arabic or Beary languages. As a result of these restrictions, the students began demonstrating outside the classroom on Saturday, January 1, and have been there for three days now.

According to the students, school authorities had called the parents of these students to discuss the matter but had made them wait for four hours when they did come to school and that principal Rudra Gowda refused to discuss the issue with them. Another student told the newspaper that no such issue was present before they started wearing hijabs to the college.

The students have also not been given attendance for the days when they came to school in their hijabs, causing concerns that they might fall short of their attendance requirements.