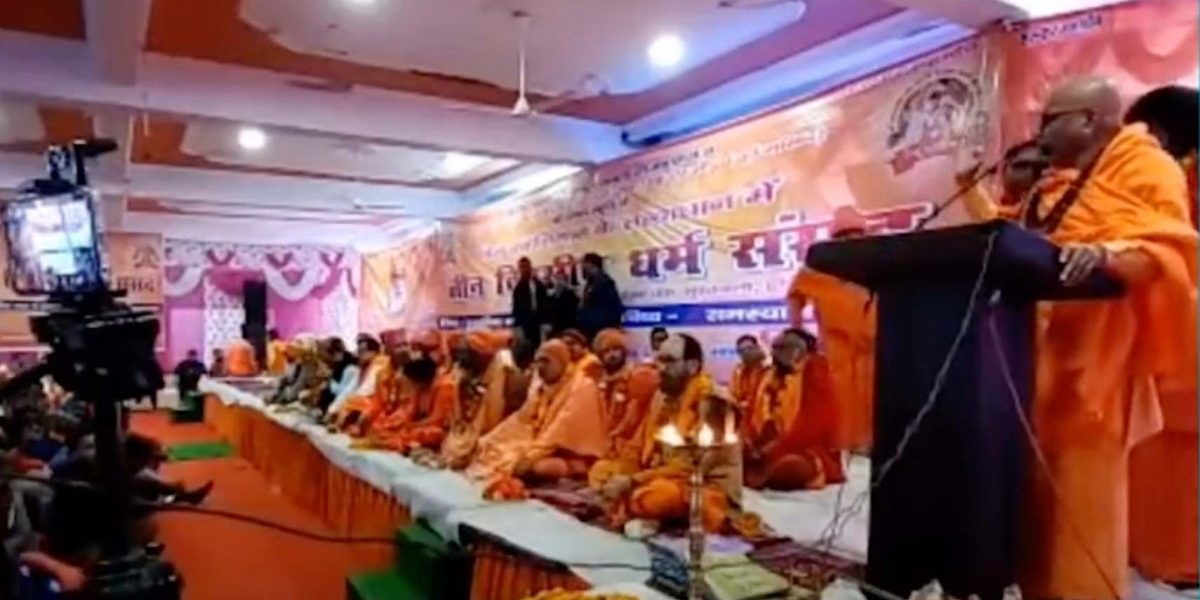 New Delhi: A group of retired government officials have written to the chief minister of Uttarakhand, Pushkar Singh Dhami, condemning his government’s response to the recent Dharma Sansad at Haridwar, where open calls for genocide of Muslims were made. They have also called for the immediate arrests of the organisers and speakers of the event and implementation of the July 2018 Supreme Court order on the prevention of mob violence.

The event was held between December 17 and 19 in the state, which saw the participation of a large number of Hindu religious leaders, right-wing activists and Hindutva organisations.

The event was also attended by BJP leader Ashwini Upadhyay, who was earlier arrested for an event he helped organise at Jantar Mantar in Delhi where slogans were raised calling for violence against Muslims. BJP Mahila Morcha leader Udita Tyagi was also present, implying tacit support from the ruling party for the event.

As per publicly available videos, the speakers at the Dharma Sansad “openly called for the massacre of 20 lakh Muslim citizens of India and threatened to ‘cleanse’ villages of this community”, the letter said.

“The very fact that this gathering was allowed was a massive failure on the part of your government’s law and order machinery. Even now, after international outrage, an FIR has been registered under only one section against three people. It is clear that your government is protecting these individuals,” it said.

On December 22, the Uttarakhand Police registered an FIR against Wasim Rizvi, who was the former chairman of the Uttar Pradesh Central Shia Waqf Board, and others for making hate speech at the Dharma Sansad, under Section 153A of the IPC (promoting enmity between different groups on grounds of religion). Two days later, two others in the video were also named in the FIR.

The letter further said: “It also cannot be said that these were mere speeches. Since the current government came to power in 2017, there has been a series of violent incidents where mobs targeted residents, shops, and places of worship belonging to religious minorities as well as, in one case, the office of an opposition party… Uttarakhand has never seen violence on this scale before. Yet your government does not appear to have taken action against the organisations engaging in violence. Indeed, as per publicly available information, even after two months no one has been arrested for the Roorkee attack.”