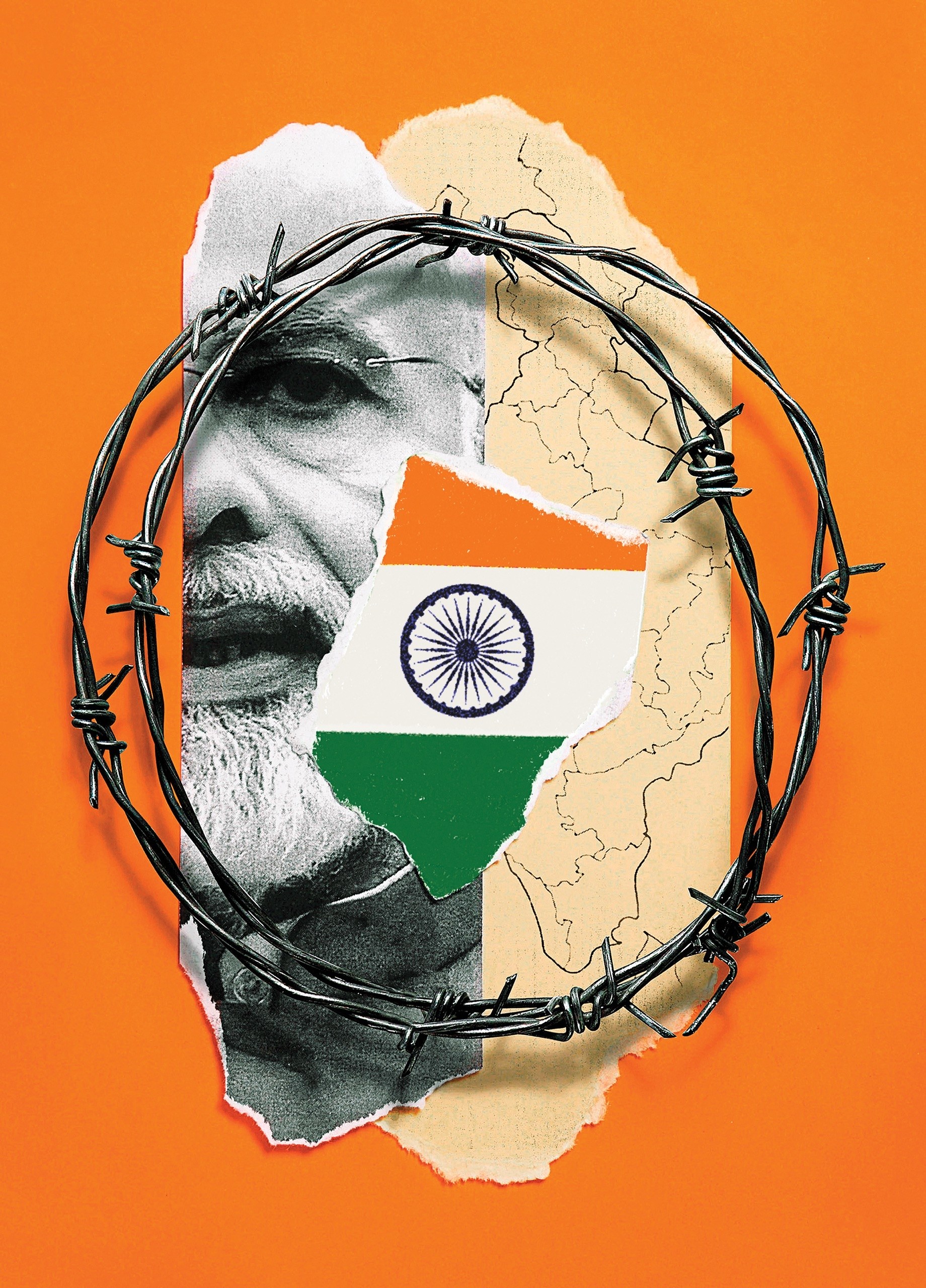 On August 11th, two weeks after Prime Minister Narendra Modi sent soldiers in to pacify the Indian state of Kashmir, a reporter appeared on the news channel Republic TV, riding a motor scooter through the city of Srinagar. She was there to assure viewers that, whatever else they might be hearing, the situation was remarkably calm. “You can see banks here and commercial complexes,” the reporter, Sweta Srivastava, said, as she wound her way past local landmarks. “The situation makes you feel good, because the situation is returning to normal, and the locals are ready to live their lives normally again.” She conducted no interviews; there was no one on the streets to talk to.

Other coverage on Republic TV showed people dancing ecstatically, along with the words “Jubilant Indians celebrate Modi’s Kashmir masterstroke.” A week earlier, Modi’s government had announced that it was suspending Article 370 of the constitution, which grants autonomy to Kashmir, India’s only Muslim-majority state. The provision, written to help preserve the state’s religious and ethnic identity, largely prohibits members of India’s Hindu majority from settling there. Modi, who rose to power trailed by allegations of encouraging anti-Muslim bigotry, said that the decision would help Kashmiris, by spurring development and discouraging a long-standing guerrilla insurgency. To insure a smooth reception, Modi had flooded Kashmir with troops and detained hundreds of prominent Muslims—a move that Republic TV described by saying that “the leaders who would have created trouble” had been placed in “government guesthouses.”

The change in Kashmir upended more than half a century of careful politics, but the Indian press reacted with nearly uniform approval. Ever since Modi was first elected Prime Minister, in 2014, he has been recasting the story of India, from that of a secular democracy accommodating a uniquely diverse population to that of a Hindu nation that dominates its minorities, especially the country’s two hundred million Muslims. Modi and his allies have squeezed, bullied, and smothered the press into endorsing what they call the “New India.”

Kashmiris greeted Modi’s decision with protests, claiming that his real goal was to inundate the state with Hindu settlers. After the initial tumult subsided, though, the Times of India and other major newspapers began claiming that a majority of Kashmiris quietly supported Modi—they were just too frightened of militants to say so aloud. Television reporters, newly arrived from Delhi, set up cameras on the picturesque shoreline of Dal Lake and dutifully repeated the government’s line.

As the reports cycled through the news, the journalist Rana Ayyub told me over the phone that she was heading to Kashmir. Ayyub, thirty-six years old, is one of India’s best-known investigative reporters, famous for relentlessly pursuing Modi and his aides. As a Muslim from Mumbai, she has lived on the country’s sectarian divide her whole life. She suspected that the government’s story about Kashmir was self-serving propaganda. “I think the repression is probably worse than it’s ever been,” she said. She didn’t know what she might find, but, she told me, “I want to speak to those unheard voices.”

In both Hindi and English, Ayyub speaks with disorienting speed and infectious warmth; it is difficult to resist answering her questions, but she might have another one before you finish responding to the first. On the phone, she invited me to meet her in Mumbai and try to get into Kashmir, even though foreign correspondents were banned there during the crackdown. When I arrived, she handed me a pair of scarves and told me to buy a kurta, the typical Indian tunic. “I am ninety-nine per cent sure you will be caught, but you should come anyway,” she said, laughing. “Just don’t open your mouth.”

Ayyub and I landed at the Srinagar airport two weeks after Modi’s decree. In the terminal was a desk labelled “Registration for Foreigners,” which she hustled me past, making sure I kept my head down. The crowd was filled with police and soldiers, but we made it to the curb without being spotted, climbed into a taxi, and sped off into Srinagar.