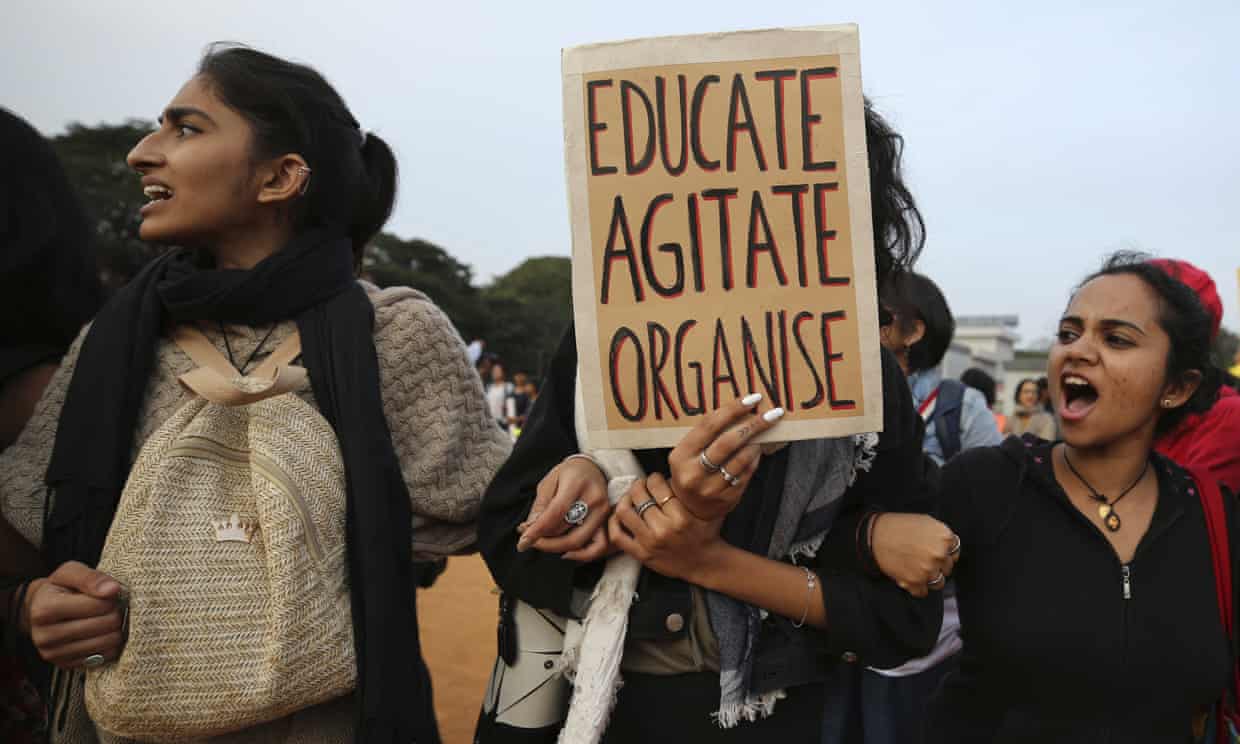 Standing in the shadow of Delhi’s historic red fort, SA Khan pushed angrily against the wall of police barricades blocking his way. Khan, like thousands of others, had planned to take part in a peaceful march through the capital to voice his opposition to India’s new citizenship law, but the authorities had other plans.
“They are denying us our basic right to protest, so how can we still call India a democracy?” said Khan. “Modi has underestimated the Indian people if he thinks he can tear apart our constitution and try to divide us all down religious lines with this citizenship act. We stand here today united as Indians, Muslim brothers with Hindu brothers, and we will stay out here on these streets until the citizenship act is revoked and Modi is on his knees.”
After a week of nationwide protests, some of the largest in India for almost four decades, Narendra Modi’s government had banned gatherings of more than four people in turbulent areas across the country in an attempt to quell dissent. But thousands of protesters – Hindu and Muslim, young and old, farmers, students and academics – were not to be stopped.
Advertisement

On the streets of Delhi, Bangalore, Lucknow and elsewhere, demonstrators took to the streets in droves for peaceful protests in breach of the section 144 orders. Police responded with force, brandishing batons and rounding up all those participating in civil disobedience. More than 1,000 people were detained in Delhi, and in Bangalore police did not have enough buses to transport all those they had arrested. Police jails began to overflow.