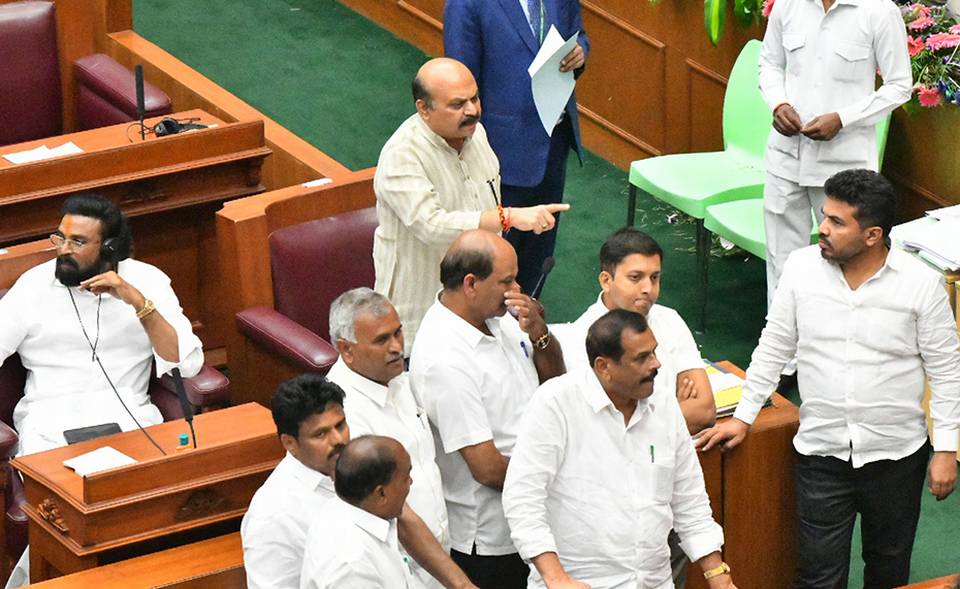 Assembly adopts the Karnataka Protection of Right to Freedom of Religion Bill by voice vote amid protests by Congress, JD(S) members.

Karnataka Assembly on December 23, 2021 adopted the anti conversion bill – The Karnataka Protection of Right to Freedom of Religion Bill, 2021, — through a voice vote at the ongoing Winter Session here even as the Congress and Janata Dal (Secular) members staged a dharna in the well.

With less than six hours of discussion on the bill, Congress members sought more time to participate in the discussion while a remark on “cutting people to pieces if they come in the way of protecting Hindus” by Rural Development and Panchayat Raj Minister K.S. Eshwarappa triggered an angry reaction following which the members staged a dharna in the well.