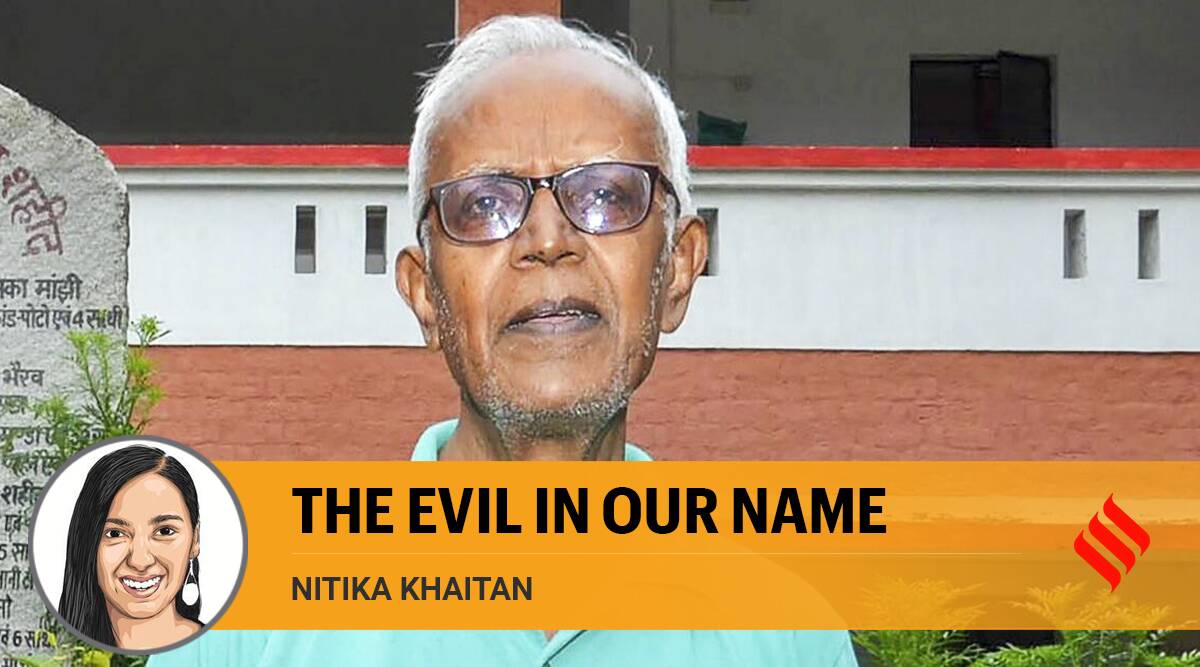 Nitika Khaitan writes: That our criminal justice system is based on presuming innocence appears to be an empty reassurance, when prima facie truth suffices for years of incarceration under the anti-terror laws.

Where to begin apportioning blame for Father Stan Swamy’s death? How to fix accountability for actions, both institutional and individual, for guilt that is both historical and specific to today?

1967 is a good place to start. The Unlawful Activities (Prevention) Act (UAPA), as enacted then, contained none of the anti-terror provisions that Swamy was booked under, nor the harsh bail restrictions that denied his release. These owe their origins to the Terrorist and Disruptive Activities Act, 1985 (TADA), a law that was set to lapse in two years because the government itself admitted that such extraordinary laws should not be made permanent. TADA was renewed till 1995, allowed to lapse amidst criticisms of its misuse, and yet its provisions were largely revived in the Prevention of Terrorism Act, 2002 (POTA). In 2004, the government let POTA lapse, while giving its provisions a permanent home in an amended UAPA. In 2008, government leaders, many of whom today demand accountability for Swamy’s death as part of the Opposition, introduced an unprecedented bail restriction into the UAPA. No accused could be granted bail if on a perusal of the case diary or chargesheet, the court could reasonably believe that the accusations against her were prima facie true.

And so, on October 8, 2020, the NIA arrested Swamy, without bothering to pretend that it needed police custody to interrogate him. It didn’t matter that Swamy had cooperated with the investigation; that there were no reasonable apprehensions that he would flee or tamper with evidence; that his Parkinson’s was so advanced he could not sign his vakalatnama. The NIA filed its first supplementary chargesheet arraigning Swamy in the Bhima-Koregaon case on October 9 and his remand to jail was but automatic. He was accused of links to front organisations of the banned CPI (Maoist), designated “terrorist” under the UAPA. All that is needed to ban an organisation as “terrorist” is the central government’s belief that it is involved in terrorism. There is no judicial remedy against this ban, only an application to a government-constituted committee, the details of whose functioning no RTI application has been able to elicit.